A member of UUPS "Unity Of UK Psychic Surgeons" 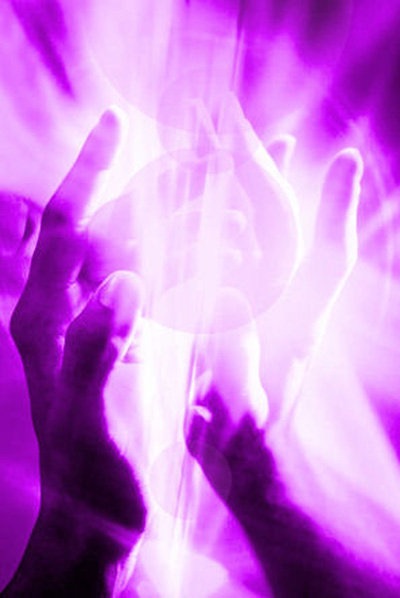 Each psychic surgeon works in a different way. However the intention should always be to take the client from a place of imbalance to a place of balance, and to encourage healing within the body at all levels.

When I perform psychic or energy surgery, I have a Chinese guide who initially takes over my hands and assesses the client I am working with. After this, I usually find that there is a sequence of up to 5 different Spirit doctors who work through me, depending on what needs to be done.

If it is a complex problem, then one Spirit doctor works with the client first to create a very relaxed state (almost like having an anaesthetic). Then, another Spirit doctor steps in to do the surgery.

There are no instruments used and clothes do not need to be removed.

A third Spirit doctor may then work with the client to change the memory within the tissues and muscles on a deeper level, to allow the healing to continue on a conscious and unconscious level.

There is a Russian and also a German doctor who deal with imbalance in the spine and joints. They will also look at any unconscious emotional 'bruising' which restricts the natural healing of the body.

Sometimes the Spirit doctors create an energy structure to support what has been a weak point in the body. This lasts for about 3-10 days before naturally disappearing as the vibration of the body quickens in its return to balance.

How long does a session take?

It will take from 10 minutes to an hour, depending on how many things need to be worked on.

No, not always. The Spirit doctors are very thorough and look at what is affecting each client on physical, emotional, mental and soul levels. They look at karmic issues, past life memories, spirit attachments and soul healing. However imbalance and ill health affects people in different ways and is often caused or affected by their way of life, and also who they have around them in their life.

Clients also need to take responsibility in their own life. There will always be some simple exercises to carry out daily, to help healing to continue on an emotional and mental level.

If you wish to book a session of Remote Psychic Surgery, Please send me an email to (peter_steedman@yahoo.com) with your name, age, presenting symptoms, when did they first start? Have you seen your doctor? What treatments (if any) have you had so far?

I will arrange a mutual time where you can be resting/meditating undisturbed for up to an hour and then I will carry a Remote Healing Session of psychic surgery with the spirit doctors that work through me.

You may experience energy moving around your body, you may feel light pressure on different parts of your body with sensations of coldness or warmth accompanied by tingling, or you may just feel very relaxed. etc.

Each experience is different for different clients who have different sensitivity to each other.

We suggest that you take time to ground yourself after a session, stretch, move around, have a glass of fresh water and take your time. Feedback is always appreciated.

Cost of session is £50 paid on confirmation of booking.

Below are two of the Spirit doctors that work through me, Ping Pong (left) and the German doctor, Dr Kahn (right). 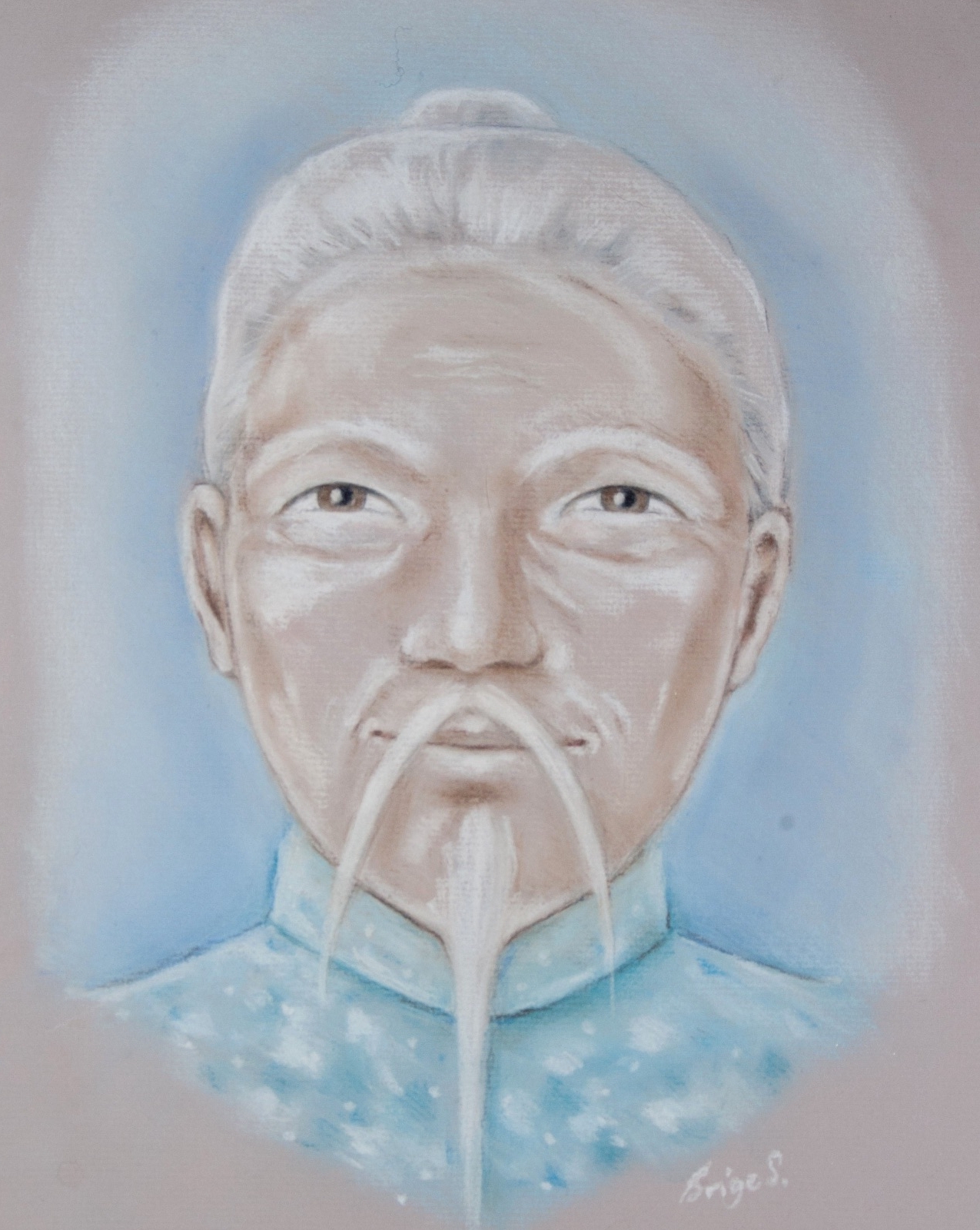 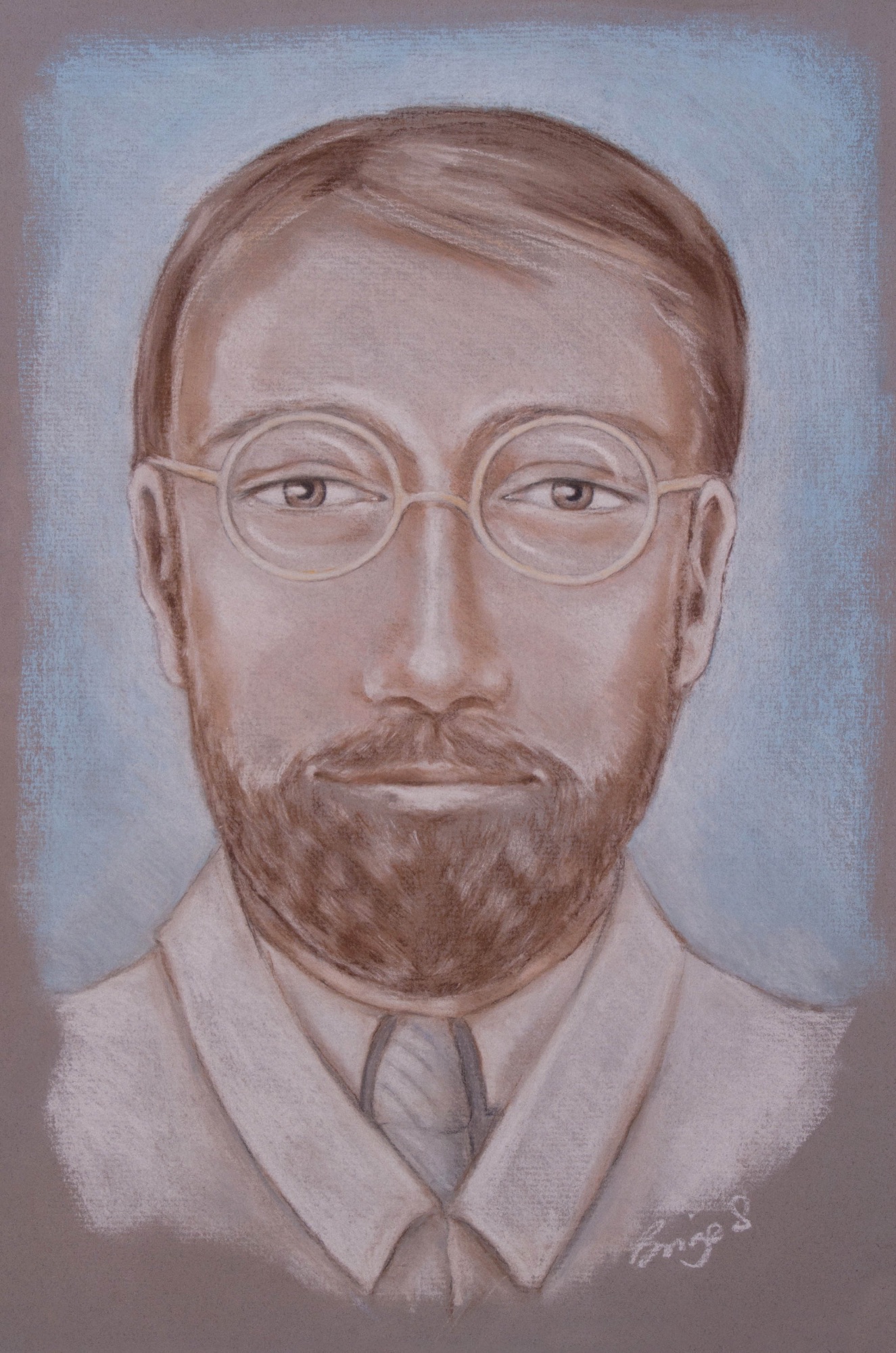 Some other people's experiences...

"Since you performed psychic surgery on my back when you came to see me last year, I have had none of the previous pain, discomfort or immobility problems that I'd had for almost 20 years. Thank you very much Peter."

Here is the promised feedback from my appointment on Mon 5th Jan for the time that the German Doctor was working through you on me :

'After doing EFT tapping around my abdomen and on my forehead to release negative emotions related to below my left ear/gut, Peter brought the German Doctor in through him. I recognised his arrival when I felt the pressure on my left hand change from the pressure of Peter's hand. It felt as if his hand inflated and grew larger in size. When the German Dr worked on me, it felt as if he was wearing surgical rubber gloves that were inflated with a layer of air over his fingers. The pressure from his fingers felt different to the 'solidity' of Peter's fingers. This observation was very noticeably different as I was familiar with what Peter's fingers feel like from previous treatments.

The German Dr worked on my neck first, especially at the left side just under my left ear. He prodded certain points and seemed to be moving tissue/other things about, as if realigning something. He flicked something away a few times, onto the ground. He then pressed firmly onto a point along my left shoulder/collar bone area which was painful and needed releasing. The German Dr then spoke to me in an accented voice that was different to Peter's voice. He apologised for any pain I was feeling and explained that what he was doing, needed to be done. I said it was ok and to continue as I can cope with pain during treatment.

He then moved to my abdomen to work on my gut. He used firm prodding and seemed to be moving my insides about. It felt as if he was working actually inside my abdomen. He then asked me to hold out my right hand as Ping Pong was coming forward now as well to help me. I felt Ping Pong take hold of my right hand, and it felt as if someone was holding my hand during the rest of the treatment, which felt comforting. As the German Dr continued working on my gut, I felt sudden sharp stabbing pains coming from a large circular area extending from my sacral chakra up to my solar plexus chakra. He explained to me that my gut was energectically very knotted up in places, which had caused pouches to be formed that were trapping food/debris, and that these were restricting the normal flow of my gut. He said that he was untwisting these areas and the pouches were popping. This was causing the sharp pains that I felt, as each of the sudden pains was a pouch popping. He didn't want to cause me too much discomfort so decided to give me something to sedate the pain, which I felt going in to my abdomen after he counted to 3. This made my lower and mid abdomen feel more comfortable, but my upper abdomen still felt a bit painful whilst he finished working on my gut. I then felt each side of my abdomen, inside and on the surface, being pushed together tightly and then held together for a short while. It was as if it had been cut open from top to bottom earlier, and was now being closed up and held until it sealed. Then the German Dr placed his hand/s firmly over my upper abdomen and it gradually became more comfortable and pain-free.

Whilst doing this, he asked what had happened to me in 1998. I said that this period was just after I had contracted Diphtheria from my work (in Dec 1997). I returned to work quite traumatised by the experience in Jan 1998 and was subsequently bullied by work colleagues until Jun 98, then went on sick-leave with mental health issues in Oct 98 and admitted to hospital in Nov 98. The German Dr said that I have a very sensitive gut and generally hold traumas there. He said that I still have some tensions in my gut relating to 1998 and the events then, and need to revisit them to release all the emotions related to then. He also said that I need to be careful with my diet still, and limit or avoid too much acidity.

He then moved to my left ear and seemed to be working just behind it as well as below it. He asked me to indicate when the frquency of sound in my ear changed. After a while, I said it hadn't changed at all, so he continued working on it & then suddenly I felt/heard a 'ping' and something shifted. He carried on and I felt/heard another 'ping', and said that the sound frequency had changed. The German Dr then warned me that I may feel some abdominal pains from more 'popping' for a few hours after the treatment, and I may be tired for the next few days. He then said that they were going to withdraw now. It felt as if a hand unclasped and was removed from my right hand, and the pressure on my left hand changed shape and size. I also 'sensed' and 'heard' Peter coming back, and then heard his voice speaking to me as normal. Peter got me to gradually open my eyes and ground self as usual at the end of a treatment.

I felt very comfortable and fully trusted the Spirit Doctors during the treatment, just as I normally do with you. The treatment itself felt very deep and powerful. Later that afternoon and evening, I felt gurgling/popping in my abdomen, a few intermittent pains in my central chest, some throat discomfort, a bit headachy and was tired. All easily coped with. My neck is much more comfortable generally, and I am also able to get my head/neck comfortable on my pillow at night now. Thanks!"

There are a lot of very lovely photos on this site.  If yours is one of them and for whatever reason I haven't credited, paid or contacted you for permission, then please let me know.